It’s been a while since I did one of those and I feel like I really should do one a season or something. So, while, I might have lost out on doing it at the beginning of winter, I might as well do it for the coming months. I have a few books I am hoping to read, while my reading plans have turned more mood reading attuned than I am probably comfortable with but…even with that, I can kind of guess what might turn out to be a five star read, right?

That can’t be cheating, right? Having those predictions without a set tbr sounds like cheating but I am hoping it’s not.

Anyway, these are the books that I have very strong feelings about…giving five stars.

Ship Of Magic by Robin Hobb 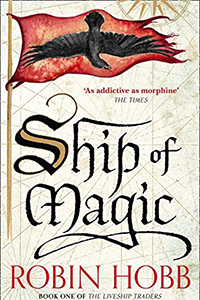 From the author of the classic Farseer trilogy, Ship of Magic is the first part of the Liveship Traders. Set in a land bordering the Six Duchies, Robin Hobb begins her epic of pirates, talking ships, magic, sea serpents, slave revolts, dashing heroes and bloody battles.

Wizardwood, the most precious commodity in the world, comes only from the Rain Wilds. But only a liveship can negotiate the perilous waters of the Rain Wild River, and liveships are hard to come by. They quicken only when three family members from successive generations have died upon their deck.

The liveship Vivacia is about to undergo her quickening: Althea Vestrit waits for the ship that she loves more than anything in the world to awaken. But her dream of taking her father’s place at Vivacia’s helm is not to be, for her family have other plans. . .

And the dark, charming pirate Kennit also lusts after such a ship: he well knows the power of wizardwood and has plans of his own . . .

The Shadow of the Wind by Carlos Ruiz Zafon 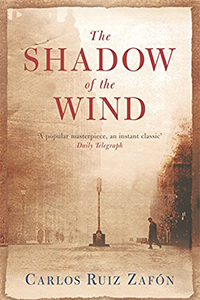 Barcelona, 1945: A city slowly heals from its war wounds, and Daniel, an antiquarian book dealer’s son who mourns the loss of his mother, finds solace in a mysterious book entitled The Shadow of the Wind, by one Julian Carax. But when he sets out to find the author’s other works, he makes a shocking discovery: someone has been systematically destroying every copy of every book Carax has written. In fact, Daniel may have the last of Carax’s books in existence. Soon Daniel’s seemingly innocent quest opens a door into one of Barcelona’s darkest secrets–an epic story of murder, madness, and doomed love.

A Winter’s Promise by Christelle Dabos 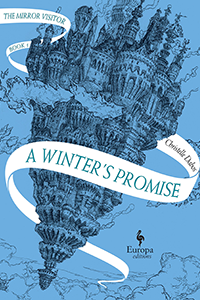 Long ago, following a cataclysm called “The Rupture,” the world was shattered into many floating celestial islands. Known now as Arks, each has developed in distinct ways; each seems to possess its own unique relationship to time, such that nowadays vastly different worlds exist, together but apart. And over all of the Arks the spirit of an omnipotent ancestor abides.

Ophelia lives on Anima, an ark where objects have souls. Beneath her worn scarf and thick glasses, the young girl hides the ability to read and communicate with the souls of objects, and the power to travel through mirrors. Her peaceful existence on the Ark of Anima is disrupted when she is promised in marriage to Thorn, from the powerful Dragon clan. Ophelia must leave her family and follow her fiancée to the floating capital on the distant Ark of the Pole. Why has she been chosen? Why must she hide her true identity? Though she doesn’t know it yet, she has become a pawn in a deadly plot. 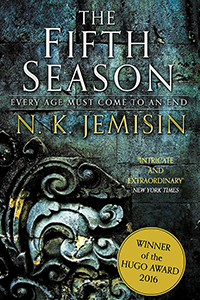 This is the way the world ends. Again.

Three terrible things happen in a single day. Essun, a woman living an ordinary life in a small town, comes home to find that her husband has brutally murdered their son and kidnapped their daughter. Meanwhile, mighty Sanze — the world-spanning empire whose innovations have been civilization’s bedrock for a thousand years — collapses as most of its citizens are murdered to serve a madman’s vengeance. And worst of all, across the heart of the vast continent known as the Stillness, a great red rift has been torn into the heart of the earth, spewing ash enough to darken the sky for years. Or centuries.

Now Essun must pursue the wreckage of her family through a deadly, dying land. Without sunlight, clean water, or arable land, and with limited stockpiles of supplies, there will be war all across the Stillness: a battle royale of nations not for power or territory, but simply for the basic resources necessary to get through the long dark night. Essun does not care if the world falls apart around her. She’ll break it herself, if she must, to save her daughter.

The Magician’s Guild by Trudi Canavan 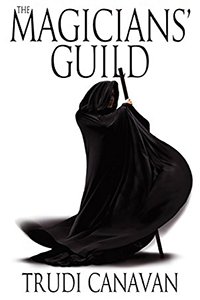 This year, like every other, the magicians of Imardin gather to purge the city of undesirables. Cloaked in the protection of their sorcery, they move with no fear of the vagrants and miscreants who despise them and their work-—until one enraged girl, barely more than a child, hurls a stone at the hated invaders…and effortlessly penetrates their magical shield.

What the Magicians’ Guild has long dreaded has finally come to pass. There is someone outside their ranks who possesses a raw power beyond imagining, an untrained mage who must be found and schooled before she destroys herself and her city with a force she cannot yet control.

These are the books on my radar right now that could potentially become five star reads. For me, five stars generally mean that there were enough things I got to love and enjoy than the things I could be crabby about. That’s the reason I have many a five-starred read on my GoodReads shelf if anyone was wondering. I doubt it. In any case, which one of these have you read? Any of them turned out to be five stars for you? Or maybe if they aren’t on your list then perhaps gimme your recent five-starred reads or predict your own in the comments!