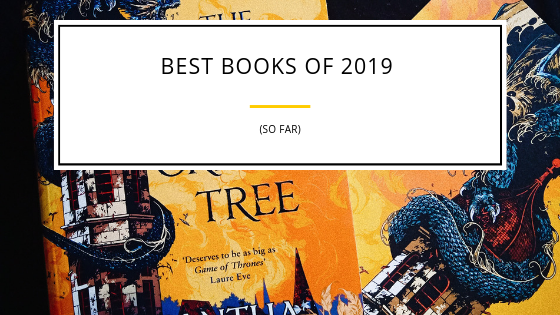 So, here we are again. At the risk of sounding repetitive, I can’t believe over half a year is already passed us by. What a ridiculous speed time has when we are not paying attention. I have read a lot this year, I think and I am not sure if I will be able to limit my best reads to a specific number so  I am not even trying to.

I have read some books that have become my all time favourites, some that had the potential to be my all time favourites and some not as impressive as all that. Still at the end of the day, I really surprised myself by giving very few books a complete five starred review. I mean, I am generally really generous with those stars but apparently, now I am not. I am not saying that I have become too critical because that’s clearly not the case if you even look at the single review of mine that’s recent.

We Should All Be Feminists

I really don’t think I need to tell you guys why this one was a five starred read for me. It’s perhaps the very basics of feminism packed into a book. I absolutely loved every moment of reading this and figuring things out and well, of course, it was one of the best. I must say however that while this one rang true for me, one of her other works felt a bit repetitive in the same vein.

The Hero Of Ages

What a conclusion to the trilogy. I started this series in 2018 and finally ended it in 2019 but goodness, Sanderson ups the ante and makes you breathless with anticipation in the best way possible. His characters, his plots, his pace and everything in between just works brilliantly. I was left devastated and yet, feeling a sense of completion by the end.

The Girl in the Tower

Nothing could beat the perfect charm of The Bear and the Nightingale and that’s what I thought but then Arden gave me The Girl in the Tower and it blew my mind all over again. From a child to a teenager, Vasya’s journey along with all the other characters made this one an absolute hit for me.

The Winter of the Witch

Then came the finishing touch to the trilogy and I have to admit that I might have had some reservations about it initially but as I read on, things sped up in every possible way and I fell in love with the characters and places. Vasya grew up and so did I, in a way. I can not wait for more from Katherine Arden now.

The Priory of the Orange Tree

This standalone is something else. From epic fantasy with dragons, to romance that could truly touch your heart, to characters that really make you think and make you want to know more about them. This one probably had it all. The sheer scale of this fantasy made it all too easy to lose myself in the book. I am so, so glad I picked this one up as soon as I got my hands on it.

An absolute stunning conclusion to the quartet of novellas that made my month. Seriously. I had been hearing about this series for a while and when I finally picked it up, I understood why people are mad about it. From Murderbot and its adventures to genuine humans to corrupt corporations, this one had it all and the end seemed pretty amazing to me, all in all. However this is not the end, apparently because there’s going to be a full-length novel about Murderbot and frankly? I cannot wait.

So, those were my best books of 2019 so far. Have you read any of them? Loved any of them? If not, then what are your favourites so far? Any books I should be on the look out for? Tell me all about it in the comments!

Till the next time, arrivederci!!

Bookworms,
I probably should have made a post about this earlier but I kept hoping to get out of this godawful slump. But since I am clearly not coming out of this, might as well make it official.
Bookworms,
Bookworms,