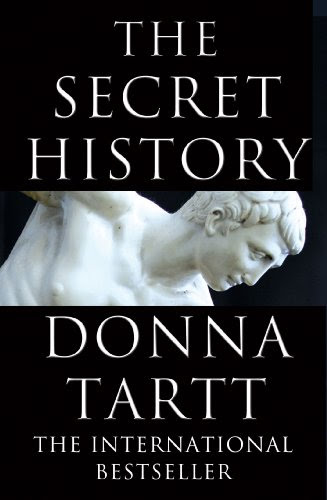 Under the influence of their charismatic classics professor, a group of clever, eccentric misfits at an elite New England college discover a way of thinking and living that is a world away from the humdrum existence of their contemporaries. But when they go beyond the boundaries of normal morality they slip gradually from obsession to corruption and betrayal, and at last – inexorably – into evil.

This book had been on my TBR list for over two years and I finally delved into it. I couldn’t quite managed to be super interested initially. I am sure it was a problem on my own end but frankly, it took me over two days to get back into it. However, once I got into it, there was no stopping me.

I finished reading this book yesterday but I didn’t immediately put up the review because I wanted to gather my thoughts before I blurted everything that came to my mind. This book is, for lack of better words, interesting. The synopsis really doesn’t help, I think but yeah, it’s an interesting book with interesting characters and sometimes, I couldn’t relate to them but that’s ok. I can’t relate to every character from every book I come across, that would be silly and frankly, rather suspect.

The first thing I should talk about is the way Donna Tartt writes, good Lord, that woman can write. I loved her descriptions, I loved the way she wrote Richard, it’s rather important that bit. The characters aren’t terribly good and frankly, sometimes, they were too much for me but the thing is, sometimes people in our life are also a little bit too much right? Of course, I have yet to meet anybody as terrible as those students. Can you imagine? And yet, the way Richard was drawn to them, the way he wanted to get to know them made me want their affection and acceptance for Richard. Absolutely silly, I know.

It’s a pretty long book, I have to admit. I mean, when I decided to read it, I hadn’t realised how much there was to read. My mood over the weekend didn’t help, it took a while to get into things and actually appreciate the way the story moved and the way the characters behaved. I don’t think it’s an easy read, there were moments when I was angry with the characters? (That’s not the right word but I can’t find any at the moment.) Their actions are not always acceptable but if you think about the aesthetic value of things, then they went about it the way they always would.

It’s obviously not a murder-mystery, we know pretty much from the start what happened and who were involved but the thing is! The way Tartt wrote about the whole thing, the way she led us to the moment of actual incident, that’s what the whole build-up is for and it really paid off. I was so glad that I stuck with it in the initial phase because I would have been extremely pissed off at myself if I hadn’t. I am sure of it.

This book shows friendship in a way that I have rarely seen, it’s just so human, isn’t it? To want acceptance from those cliques at school? To want to be their friend and be included in their matters? It’s something I could relate to. My love for Greek mythology also didn’t hurt. All in all, I think this book has a lot of issues, in that, there’s literally tons of triggers throughout the book and sometimes, I wasn’t prepared for it. By the end of the book, I had become prepared for anything and everything.

I  don’t think I would have to recommend it to anyone, people already know of it and frankly, it would be a bit odd for me to recommend this book to anyone. It has history of its own and a reputation of its own, it doesn’t need me to advertise it. However, if you haven’t read it yet, and aren’t repelled by the prospect of a long book with tons of atmospheric descriptions then please, read it.

3 thoughts on “The Secret History”