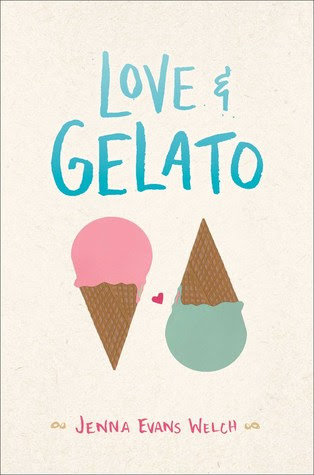 “I made the wrong choice.”

Lina is spending the summer in Tuscany, but she isn’t in the mood for Italy’s famous sunshine and fairy-tale landscape. She’s only there because it was her mother’s dying wish that she get to know her father. But what kind of father isn’t around for sixteen years? All Lina wants to do is get back home.

But then she is given a journal that her mom had kept when she lived in Italy. Suddenly Lina’s uncovering a magical world of secret romances, art, and hidden bakeries. A world that inspires Lina, along with the ever-so-charming Ren, to follow in her mother’s footsteps and unearth a secret that has been kept for far too long. It’s a secret that will change everything she knew about her mother, her father—and even herself.

People come to Italy for love and gelato, someone tells her, but sometimes they discover much more.

So, I will be frank and say that I might never have even known about it if it hadn’t been for Goodreads. Considering the fact that it was targeted for much younger audience and that, I have been a bit not up to speed when it came to contemporary fiction, I didn’t think I could get a copy of the book. (I did, a second hand one, it’s almost in tatters but hey, I’ll take what I can get at this point.)

But enough of that! Let’s move on to the actual review.

My love for Italy grows daily. Not the current times, I suppose where political strife is very much present but perhaps the Italy where you go and fall in love with the country and the people and the food.

This book is perhaps simple in a way but it gives such a good feeling as you are reading it that it doesn’t really matter. The plot was great and I am so happy to say that I loved Lina and Howard and Ren and Addie. It’s just…these people were relatable and sure the journal might have made me wrinkle my nose at times but hey, a good book is supposed to do that.

I loved that the descriptions of the food and the country and Florence left such vivid pictures in my mind. I have to admit that I was so tempted to go out and get myself gelato so many times while I was reading this. That’s one thing I am kinda put out about. That I didn’t have immediate access to gelato.

The way Howard told stories of the famous places and how Lina learned more about her mother as the book progressed was done so wonderfully! I loved that Howard was so adorable and there for us to enjoy. I loved Lina’s interactions with Ren and sure I might have wanted that there not be any romance in general, I didn’t mind it when it happened. It was too cute to be put out about, frankly.

I can’t wait for the next book!